The first part of the project was to assemble the frame of the robot. The first idea I had was to use a triangular pyramid design and use the 6 sides to mount the motors. Quickly realizing the difficulties and issues that may arise with adjusting motor position this was changed to a cube frame with acrylic side panels. 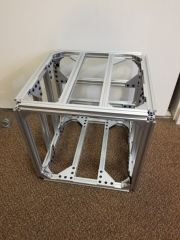 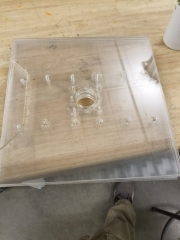 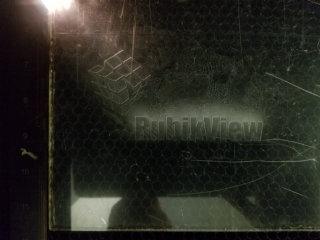 The motors I chose for this project were Moon’s NEMA 24 motors due to the high torque and high RPM. These motors were mounted on the custom side panels cut on the Universal Laser Systems laser cutter. 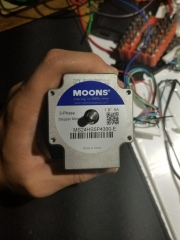 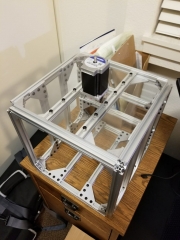 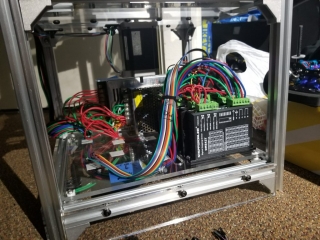 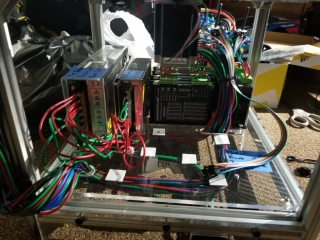 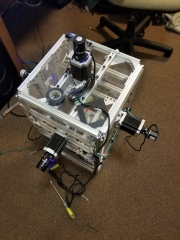 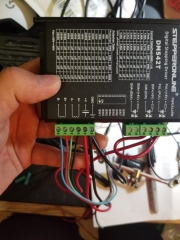 This is a video of a simple 3 axis rotation test. This was used to be able to see the stepper motors properly functioning with direction and steps. Here we are not losing any steps.

A color detection algorithm written from scratch detects the colors of an external cube to send commands through LabView to scrabble the internal cube to match the external cube. This was then at the point of being ready to solve the cube. 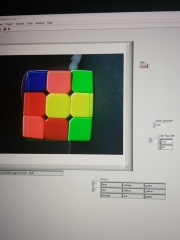 Currently the project is a work in progress. Up to this point the whole robot was assembled in a dorm room. Due to transportation issues using a cart across Berkeley’s hilly campus many screws became loose requiring re-calibration. Further improvements to the Rubik’s Cube Robot will be Posted.